As the most important automobile production base in the country, under the grand strategy of deepening the structural reform on the supply side, what kind of achievements has Guangdong made in the past year?

A few days ago, the reporter found that in the first 11 months of this year, Guangdong's automobile production reached 2,504,100 units, which has far exceeded the previous year's total of 2,394,100 units, an increase of 18.26% year-on-year, higher than the national average of 14.3. The growth rate of % is nearly 4 percentage points. In fact, this set of data is the most powerful answer to the supply-side structural reform of the Guangdong auto industry.

More crucially, behind the brilliant data of Guangdong's automobile manufacturing industry, the structure is continuously optimized. The three-legged trend of Japanese, Chinese brands and European and American brands has been formed. The trend of the joint efforts of traditional fuel vehicles and new energy vehicles has been established. The effect of mutual promotion between the domestic market and the global layout has been achieved.

Analysts pointed out that the market performance is bright and the structure is constantly improving. The deep reason is that the Guangdong automobile industry has always stood at the forefront of the market, grasping the changes in the demand side, through structural optimization, product innovation, technological innovation, management innovation, etc. Low value-added to the direction of high value-added, to achieve supply-side structural reform.

The growth rate is significantly ahead of the overall car market 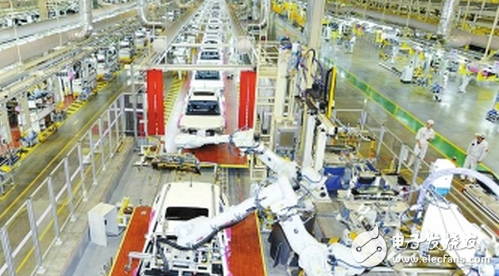 However, from the perspective of car companies, the performance of several major car companies in Guangdong is even more eye-catching. In November, the sales volume of GAC Group was 174,000 units, an increase of 33.92% year-on-year. On this basis, the cumulative sales volume in the previous November has reached 1,116,300 units, an increase of 32.71% year-on-year.

Constantly optimize the structure to attack the market and high-end

In fact, behind the brilliant data of Guangdong's automobile manufacturing industry, Guangdong auto companies are actively implementing the supply-side structural reforms and constantly optimizing their own structure.

Over the past 10 years, Guangdong's automobile manufacturing industry has relied on three major Japanese brands to achieve the transformation from â€œsmall to largeâ€ and â€œweak to strongâ€. However, as the market environment changes, relying on a single brand means that the ability to resist risks is weak. To this end, Guangdong's automobile manufacturing industry, in the context of diversified demand, fully implemented supply-side reforms and achieved industrial transformation and upgrading.

At present, the Guangdong automobile manufacturing industry has achieved the balance between its own brands and the two major European and American series under the background of the Japanese system, forming an iron triangle support.

Especially in terms of independent brands, GAC Chuanqi, Qichen and BYD all have amazing market potential.

It is reported that GAC Chuanqi GS4 has entered the â€œ30,000 sales clubâ€ in the market. It has not only ranked the top two in the sales list for 10 consecutive months, but also has a year-on-year growth rate of 196%, which has become the highlight of China's auto market this year. In the past year, Qichenâ€™s market performance has also advanced by leaps and bounds, and sales have once again exceeded 100,000 units.

More crucially, the development of Guangdong's own brands is not the old path of â€œlow price and low qualityâ€, but always insists on high-end supply to provide consumers with high-quality car life.

It is understood that the actual market price of GAC Chuanqi GS4 has reached the traditional price range of joint venture brands. The GS8, a medium-to-large SUV model just launched, has reached 25,000 orders, and the market price has exceeded 200,000 yuan.

At the same time, relying on the technological advantages of new energy vehicles, BYD has fully seized the mature market of traditional European and American cars. This year, BYD's new energy vehicle sales are expected to be 120,000 units, and it is basically a foregone conclusion in the world.

In the European and American departments, Guangdong manufacturing has also achieved a comprehensive breakthrough. In April of this year, the Guangzhou Automobile Fick Guangzhou factory was officially put into operation, and the factory's first domestic model Jeep Freeman was officially launched in June. Data show that in October this year, GAC Fick completed nearly 15,000 retail sales, an increase of 426% year-on-year.

As a technology-intensive product, the market is good or bad, depending on the competitiveness of the product, that is, the level of technical capabilities. The analysis pointed out that the performance of Guangdong's automobile manufacturing industry is deeply rooted in that the Guangdong automobile industry has always stood at the forefront of the market, grasping the changes in the demand side and creating a system that is in line with future competition.

It is understood that when Guangzhou Automobile Chuanqi started, it established a world-class vehicle system that is synchronized with the world, adheres to positive development, adheres to international standards, and builds on GAC Global R&D Network, GAC production methods and global supply chain. Out of a development path of â€œpositioning high-end, quality first, innovation-drivenâ€.

Dongfeng Nissan, which has just completed a million sales, faces the new economic pattern presented this year, and has worked hard in the â€œproduction modeâ€ and â€œscientific and technological innovationâ€ to meet new patterns and challenges.

Chen Guocai, deputy head of Dongfeng Nissan Manufacturing Headquarters, said: "The production method is based on the concept of 'customer-centered', driven by 'customer demand', with the goal of 'contemporary production' and the core of 'eliminating waste and rapid response'. To enable enterprises to obtain the best operational benefits and increase the speed of response to the market with the least amount of investment, and to effectively build a production system that is synchronized with the customer and overall optimal."

Cui Dongshu, Secretary-General of the National Federation of the Federation: The structural reform of the supply side of Guangdong auto enterprises promotes the rapid growth of the market

â€œThe data of 2.5 million vehicles proves that the development potential of Guangdong's automobile industry is huge.â€ Cui Dongshu, secretary-general of the National Federation of Railways, said that as a manufacturing base, Guangdong has a good supporting foundation for cost manufacturing and industrial development, forming a rapid growth of the Guangdong industry. situation.

Then, why has the Guangdong automobile manufacturing industry issued such a huge market energy this year after adjustments in the past few years?

In addition to the overall performance of the auto market this year, in the view of Cui Dongshu, this is mainly due to the improvement of the system power by the car companies according to market demand, to create products that are in line with the market. Among them, especially the state-owned car enterprises to carry out supply-side structural reforms, and gradually follow the laws of the market to launch products in line with the market.

For the future, Cui Dongshu said that Guangdong auto companies should further deepen the supply-side structural reforms, and their own brands must achieve sustainable development, continue to increase investment, and promote the brand's high-end. At the same time, all car companies should continue to "complement short", new energy vehicles and regular vehicles must go hand in hand. For example, on the basis of the global layout of new energy vehicles, BYD should strengthen the market performance of traditional power vehicles, so car companies should strengthen their own advantages and make up shortcomings.