Posted on October 22, 2021
The wheel of history is always rolling inadvertently. It was born in the early days of the last century and it has been a hundred years old. Once we used it as a new term, with the advent of the information age, drones as an emerging field, frequent replacement of "new" drones is not limited to civilian use, military has become a normal state. Technological innovation has spawned profound changes in weapons and equipment. In Eastern China, a "Rainbow" drone was rising. Each light reflected by "Rainbow" witnessed the rapid growth of domestic drones. The "Rainbow" of Fengyu Road is a microcosm of the rapid development of Chinese drones. In just 15 years, five models of the "Rainbow" UAV have fluttered and many models have been exported to foreign countries and have gradually become acclaimed Chinese and foreign stars. product. Recently, the reporter walked into the China Academy of Aerospace Aerodynamics Technology. As the "matrix" of the "Rainbow" drone, what were the little-known stories about this place and the "Rainbow"? Domestic drones are how to achieve step-by-step take-off? Please follow the reporter's footsteps to explore the flight path of the drone. Domestic drone how to achieve step-by-step take-off? The light of innovation: Innovation is the winning password for the â€œRainbowâ€ When entering the exhibition hall of nearly 1,000 square meters and facing the five members of the â€œRainbowâ€ family, it is hard for reporters to imagine the hardships of â€œRainbowâ€ at the beginning of its growth. In the spring of 1999, a unit of the military conducted public bidding for a matching drone platform during the trial. Seven comrades of the China Aerospace Aerodynamics Technology Research Institute established a demonstration group for drone projects to participate in bidding. At this point, they do not have any experience to learn from, and drones are only conceived. Although they have returned home, the bid has made them more determined in the future. Years later, after more than 10 years of refining, "Rainbow" successfully opened the overseas market, created an impressive record of domestic drones, and became a star product in domestic drones. How can a team that has been formed for more than 10 years keep up with the development trend of the world's drones and create products that have influential influence in the international market? Shi Wen, the chief engineer who witnessed the growth of Rainbow, unveiled the mystery - "Innovation brings the dawn of life to the "Rainbow."" From scratch, the Institute has explored for five years and has overcome all Material body, rocket boost take-off, umbrella drop recovery system and data image synchronous transmission and other problems. In midsummer 2004, the first autonomous flight drones soared into the blue sky. With its excellent performance, "Rainbow" has been favored by overseas customers, orders have continued to increase, and the pace of equipment development has continued to accelerate. The Institute has successively researched and improved the power plant, structural strength, and data links of the UAV, and formulated the quality management normative documents for the development procedures, design specifications, overall design, and final assembly tests. Today's "Rainbow" has changed its face, and it has been transformed from a simple reconnaissance to an integrated one. It has upgraded from an assisted parachute to an autonomous one. It has extended its mission to remote cruising and has achieved a qualitative leap in itself. â€œInnovation shortens the time difference and innovation is the winning password for 'Rainbow'.â€ In Shi Wenâ€™s eyes, innovation has injected new vitality into the â€œRainbowâ€. Currently, relying on talents and technological innovations, they have formed a stable R&D team and talent pool, built a large-scale drone design and production base, and a new generation of â€œRainbowâ€ is waiting for the test to fly. The light of actual combat: facing the future battlefield and actual combat against a certain area in West Asia, desert is vast. The "Rainbow" drones crouch at heights and wait for the goal. Two target trucks entered the field of vision. The drone operator focused on the display and gently pushed the rocker. Target lock, complete conditions, trigger launch... A series of operations in one go, the missile ejected a fierce tail flame and stabbed the target. "The first battle victory!" The goal turned into a cloud of smoke. The drone operator turned back to the instructor who had sent the school. This was the first time that the "Rainbow" drone was successfully used in actual combat. Nowadays, this scene has already been staged in many battlefields around the world. From the beginning to the end, the excellence of the â€œRainbowâ€ on the battlefield has attracted more and more overseas customers. The R&D personnel are clear that the results of the "Rainbow" are based on actual combat and are constantly optimized in actual combat. â€œInspection and fightâ€ is the development direction of modern drones. Playing accurately and playing fast is an important criterion for the performance of â€œrainbowâ€. After carrying out a large number of investigations and demonstrations, the researchers independently developed two types of matched missiles to achieve the ability of the weapons to be launched at a high altitude throughout the flight, and truly achieved "discovery and combat." In order to let the "Rainbow" have a smart "brain" in the actual combat, from the beginning of the Five Dynasties, "Rainbow" installed a redundant flight control system to ensure clear thinking in the flight of the flight control system due to hardware and software failures and bad weather. The unique wing-up technology of the Five Dynasties guarantees that the â€œRainbowâ€ can take off at a short distance and achieve rapid deployment under conditions of airstrips. 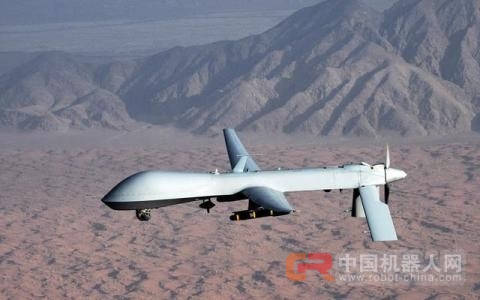 Facing the future battlefield, with actual combat, this is the "rainbow" eternal concept. Currently, the "Rainbow" series of UAVs can perform combat operations such as "fixed-point removal" and "decapitation operations," and rely on the advantages of long-term navigation and strong concealment to continuously suppress ground targets. In the future, the "Rainbow" will also enhance the combat capability of the formation team and match it with the fighter fighter planes to form a system to combat combat capabilities. The Light of Mission: Beyond the "Rainbow" Strive to Advance. At last year's China Air Show, Rainbow-5 was unveiled on the crowd. In the opinion of researchers, this concern stems from the peopleâ€™s expectations for drones and the call for the development of drones for a century. In 1916, the worldâ€™s first radio-controlled drone was successfully tested in the United States. At this time, China is still in a war between the warlords. In 1982, Israel used drones to deceive Syrian air defense fire and played a beautiful annihilation battle in the Bekaa Valley. How many people exclaimed, "You can still do this!" These years, the "death" of the military power "X-47B" How many people look forward to the "roaring" of Chinese drones when a variety of unmanned aerial vehicles such as the "Fire Scout" and "neuron" compete for one another? As the vanguard of the Chinese drone's advancement into the world stage, the "Rainbow" bears a daunting mission since its inception. Compared with the same level of foreign drones, the "Rainbow" still has a lot of breakthrough space, and the road to catch up is still long. Far-range pilot airport, heaven and earth mixed into one. This is the starting point for the rainbow soaring, and it is also the stage for flying dreams. Every scientific researcher will stand quietly after the test flight and stare quietly to return the enthusiasm to peace. Behind the calm is a higher expectation. As the main exporter, in the face of fierce market competition, it is even more necessary to persist. National brand. As the pioneer of the industry, in the face of the blowout industry pattern, we must have our own direction. While overseas markets are important, serving China is more critical. In the past, it was a commodity economy that sold sales and higher than the output value. Today, the "Rainbow" has become an important representative of domestic drones and is expected to be high. How do you label "military" and shoulder the sacred mission of safeguarding troops and serving combat effectiveness? How to realize your value under the background of military-military integration? These questions wait for the "Rainbow" to answer. The light of integration: dreams to catch the â€œshuttleâ€ leading to the barracks. The reporter saw this from the Instituteâ€™s introduction: â€œPromoting the development of domestic military UAV projects and forming domestic equipment.â€ Shi Wen told reporters, â€œRainbow "We urgently need a "marriage" between the military and the people to realize the dream of joining the army as soon as possible." The "Rainbow" drone's "Military Dream" is not what it is today. China Aerospace Aerodynamics Research Institute was once a well-known military research institute in China and has had many cooperations with the military. Today, as a rising star in the field of drones, the â€œRainbowâ€ series unmanned aerial vehicles developed by the company have emerged in many fields at home and abroad. The products cover more than 20 users in more than 10 countries, and more than 200 drones are delivered annually. They dream that one day, the "Rainbow" drone will be engraved with a business card named "Army." Faced with the trend of the integration of military and civilian development, in the transformation of â€œcivilian counter-match militaryâ€, how does â€œRainbowâ€ create the industrial benefits of 1+1>2? Become a daunting task before the "Rainbow Man". Facts have proved that "Rainbow" has not stopped the pace of exploration. In 2014, in the field of aviation geophysical exploration demonstration projects, the â€œRainbowâ€ UAV realized the operation mode of long-haul and all-night flight in the low mountain area. Compared with the operation of manned aircraft, the â€œRainbowâ€ drone greatly improved the work efficiency. At the same time, high-resolution ground-based detection, good communication relays, and other aspects have enabled researchers to see the "Rainbow" vast space for military applications. In order to make up for the disadvantages of lack of experience and technology, they have turned their sights on manned aircraft to study the "recruitment" against bad weather, communication and anti-jamming capabilities, as well as command and control, and to realize the complementary advantages of resources and experience. At the same time, they strengthened communication and cooperation with the competent military agencies and users, seized the opportunity, and actively participated in the wave of military-military integration. Opportunity always favors those who are prepared. Deepening the integration of military and civilian development and making good use of market and policy â€œstarting gunsâ€ are both opportunities and challenges. In the era of civil-military integration, "Rainbow" and his R&D team hope to catch the "shuttle" to the barracks. This is a new way out for the future development of the "Rainbow."