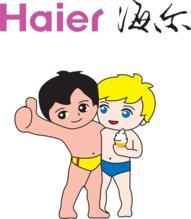 The most unstoppable type is time.

Although it is still not clear whether 72-year-old Yang Mianmian will continue to stay in the Haier Group, the new camp structure of the four â€œnewcomersâ€ and the external three expert directors will become the key force for Haierâ€™s development in the near future.

Haier Group is one of the household appliances companies whose annual revenue exceeds RMB 100 billion has started a â€œshiftâ€. Because of the sensitive ownership of the collective ownership system, every move of the â€œsuccessionâ€ is also more noticeable.

As Zhang Ruimin and Yang Mianmian as Haierâ€™s two core family members are gradually retiring behind the scenes, Liang Haishan and Zhou Yunjie will clearly serve Haierâ€™s â€œMarshalâ€ as the two listed companies under the Haier Group.

On March 19th, Haier Electric Group Co., Ltd. (1169.HK, hereinafter referred to as â€œHaier Electricâ€) released its 2012 financial report. Compared with changes in performance, the outside world is more concerned about the personnel changes in Haier Electronics.

This is also widely interpreted as a "big step" for Haier on the issue of successors. Zhou Yunjie became the first leading figure in Haierâ€™s â€œMarshalâ€.

This change is not without trace.

This was the first time that 72-year-old Yang Mianmian was "lost" after being successively elected as the representative of the Fifth National People's Congress from the seventh to the eleventh.

However, the media has not had time to dig deeper. On March 20th, Qingdao Haier Co., Ltd. (600690.SH, hereinafter referred to as â€œQingdao Haierâ€) announced the resolution of the 29th meeting of the 7th Board of Directors of Qingdao Haierâ€™s announcement of â€œexplosiveâ€ news. Said that the company's seventh board of directors will expire in June 2013. According to the "Company Law", "Articles of Association" and the company's Board of Directors nomination committee's opinion, to further ensure the company's implementation of network strategy and achieve industrial leadership, it is nominated for 9 members of the new board of directors.

Based on this, Liang Haishan and Zhou Yunjie will clearly be Haier's "Marshal" respectively in charge of two listed companies under the Haier Group.

Of course, Zhang Ruimin's layout of Haier's succession is not the end. 43-year-old Tan Lixia and 50-year-old Wang Yunan are likely to be Haier's successor in the "female young man."

Compared to Tan Lixia, Wang Junan, who will be elected as the director of Qingdao Haier in June, is called a â€œdark horseâ€. His resume shows that Wang Xiaonan has served as general manager assistant and administrative manager of a multinational company, human resources director in China, and director of human resources director in North Asia. He is currently the director of human resources of Haier Group. 3 consecutive years for team recognition since 2005 and global recognition for more than 8 consecutive years. In 2012, it has been awarded the Top 10 Best Practices in China's Human Resource Management, the China Human Resource Management Person of the Year, and Weike. China's Best Organization Change Award of the Year, Best HR Team Award of the Year, etc.

Haierâ€™s basic salary incentive system is not in place, and companies cannot gain market advantage when attracting talented people. It is precisely because of this that Qingdao Haierâ€™s new directorâ€™s list of nominations, including Wu Changzheng, Peng Jianfeng, Zhou Honbo (Chinese-American, Chinese name â€œZhou Hongboâ€), and three other directors, â€œOutside the Brainâ€ has attracted more attention.

People from left to right: Haiyun Electric's general manager Zhou Yunjie, Haier Group CEO Zhang Ruimin, Qingdao Haier's deputy chairman and general manager Liang Haishan "Wang Haonan's nomination", on the one hand, shows that in the Haier Group's future architecture, 'people' It is Zhang Ruiminâ€™s most important factor; on the other hand, although Haierâ€™s basic management is very good, how to use innovative thinking to mobilize enthusiasm is related to Haierâ€™s future.â€ An insider close to the Haier Groupâ€™s decision-making level, who declined to be named, told â€œChina Operations Newspaper reporter. The insider's meaning is that the salary of Haier Group is relatively low. Although as the company's entrepreneurial core, Zhang Ruimin and Yang Mianmian struggled more for "a sense of belonging" and "professional ideal", but specific to the income of employees, Haier's income is hard to say "advantage."

Obviously, Zhang Ruimin must consider the competitiveness of this talent incentive and compensation system.

According to Zhang Ruiminâ€™s strategic deployment, Haier hopes to relatively break the solidification functions of various departments within the company, implement a â€œnetwork strategyâ€ based on current market demand, provide customized platforms based on consumer demand, place order as the core, and place orders around The company's procurement, production, distribution, installation, after-sales service and a series of links, the formation of the company's internal "virtual operating body" to improve the internal operating efficiency and consumer satisfaction, and then obtain "employees" and "organization" of the "double increase revenue ".

There is no doubt that Zhang Ruimin, whom Haier people have dubbed as "Chief Chief", is directly proportional to the advanced management ideas and the specific difficulty of implementation. However, Haierâ€™s basic salary incentive system seems to have restricted the landing and implementation of Zhang Ruiminâ€™s concept.

It is also based on this that Qingdao Haierâ€™s new directorâ€™s nomination list includes the introduction of â€œoutside the brainâ€ by three directors including Wu Changchun, Peng Jianfeng, Zhou Honbo (American Chinese, and Chinese name Zhou Hongbo).

According to public information, Wu Changlu is a professor of strategic management at Peking University Guanghua School of Management. He mainly teaches courses in management economics, market structure and competition strategy, strategic management, and international business; Peng Jianfeng is a professor at the School of Labor and Human Resources at Renmin University of China and is a professor at Huawei and Midea. Lenovo and other well-known companies provide consulting services. Zhou Hongbo is a real-world software expert in the Internet of Things, middleware, and cloud computing. He is currently the general manager of Beiqi Futian Zhike Information Technology Service Company.

It is not difficult to find that the three â€œoutsidersâ€ mentioned above will participate in Qingdao Haierâ€™s networking strategy as a non-executive director. At the same time, they will also work with Liu Feng (residence), accounting professor of Xiamen University, Xiao Peng (residence), a lawyer of Haida Law Firm, and Wu Cheng (New), an independent professor of the Department of Automation of Tsinghua University, to transform Haier. Provide intellectual support.

â€œThe adoption of a more open talent system, including the introduction of more external experts to enhance the management and decision-making capabilities of the companyâ€™s board of directors, shows the determination of Haier's transition class,â€ said the person familiar with the matter.

Suspicious to be solved

How internal coordination balances and coordinates will become the first test of Liang Haishan's lead in Qingdao Haier.

The curtain was opened, but Haierâ€™s doubts about the â€œsuccessionâ€ are still numerous. For example, by June 2013, whether Yang Mianmian is still working for Haier Group, there is no news at present. As the Haier Marshal, the relationship between Liang Haishan and Zhou Yunjie is even more of a core issue.

Judging from the current structure, the 64-year-old Zhang Ruimin will continue to serve as the legal person and core of the Haier Group; he was elected as an alternate member of the Central Committee for the third time in November 2012. This shows that for at least the next five years, â€œChief Zhangâ€ still Will helm Haier Group. Zhang Ruimin, who is quite Taoist, currently sets the relationship between Liang Haishan and Zhou Yunjie into a relatively â€œbalanced powerâ€.

Within Haier, Liang Haishan is considered the most "Zhang Ruimin style." However, Zhou Yunjie, who joined Liang Haishan at the same time as Liang Haishanâ€™s in 1998, has a similar status.

Liang Haishan is in charge of Qingdao Haier and is mainly responsible for the production of refrigerators, air conditioners, etc.; Zhou Yunjie is in charge of Haier Electronics and is mainly responsible for washing machine, water heater production and integrated channel service business. According to the codes of the two listed companies, Liang and Zhouâ€™s team are also called Hainan 690 and 1169 respectively.

According to Zhang Ruimin's idea, the 690 Series will be the manufacturing center of the Haier Group, and the 1169 Series will be mainly the channel and the operation center. Therefore, it is vividly stated that Qingdao Haier and Haier Electric respectively refer to the "engine" and "wheels of the Haier Group. ". From the perspective of the revenue of the two listed companies, Qingdao Haier is better than Haier Electronics; however, Haier has already proposed to switch from a manufacturer to a service provider, which is also a trend of the networked operation of the company. Zhouâ€™s work seems to be more important than Liang.

In terms of external performance, Zhou Yunjie was elected as the representative of the 12th National People's Congress in 2013. He is the third person in the Haier Department following Zhang Ruimin and Yang Mianmian; but from the equity structure, Qingdao Haier holds 50.01% of Haier Electronics. In theory, Zhou Yunjie should report to Liang Haishan.

How the balance of internal relations is coordinated will become the first test of Liang Haishanâ€™s new performance. On this issue, Qingdao Haier has not responded as of this writing; the newly nominated candidate for the board also stated that â€œit is not the time to speak.â€

The FirstPower CFPS(2V) and LFPS(6V/12V) series stationary batteries (Opzs Battery) are the newly products which were developed at the end of 2005.
The performances meet the standard DIN40736 and IEC60896-21.  tubularPositive plate can prevent the active material from falling off. The grid of positive plate is Pb-Sb multi-alloy
The design life is more than 20 years
Ensuring sufficient electrolyte for battery discharge