Posted on April 15, 2021
The Golden Week is an important timeline for color TV companies to expand their market results. New products released in March and April will be unveiled. The original anticipation of the OLED counterattack battle, data feedback has led to color TV industry into a new thinking: aiming to subvert the LCD industry OLED in the end?
According to data from Zhong Yikang, during the May 1 Golden Week period (April 25 to May 1), the retail volume of OLED TVs was only over 4,000 units, compared to 1.9 million units during the entire TV market. It seems a bit bleak.

It is not difficult to see that the status of LCD TVs is difficult to shake, and many TV companies hope that the desire to promote the rapid adoption of OLED through â€œprice warsâ€ will not be realized, and OLED will also face the market's big test. 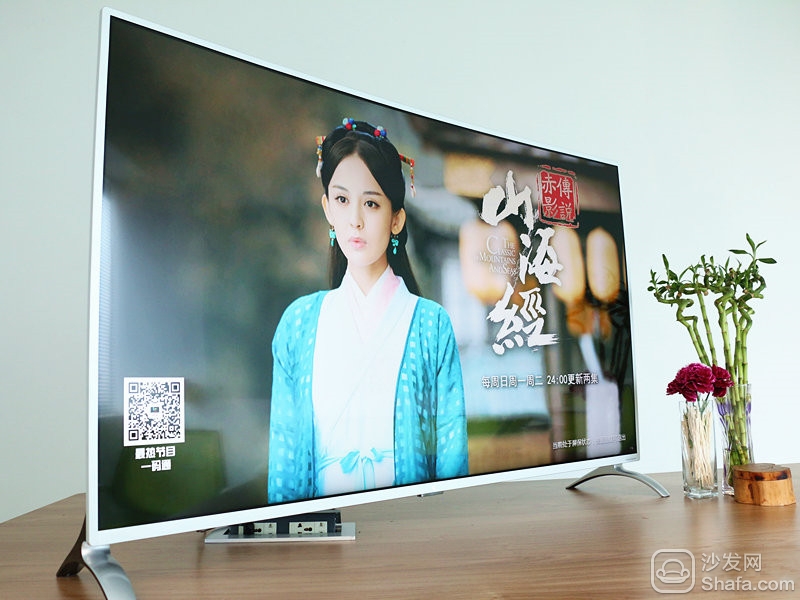 The beauty of the future lies in uncertainty. The emergence of OLED makes the color TV industry full of illusions. However, no one can see the future from reality. From product, technical thinking to user thinking is a transformation that traditional TV companies must complete.

At this stage of the color TV market, whether it is technology maturity, product richness, price acceptance, the main battlefield for user needs is still in the LCD market. Even mature liquid crystal displays have great room for optimization and innovation in large screens, high image quality, and curved surfaces.

Taking Hisense ULED display technology as an example, it has completed a series of layouts ranging from the independent R&D of the upstream picture chip to the independent innovation of backlight display technology. Hisense introduced 8K LED TVs with super quality this year, bringing 8K, high brightness and high dynamic range display effects. Many technical indicators have surpassed OLED TVs.

In addition, LG and Skyworth, as a strong supporter of OLED, took the strategy of two-step LCD and OLED, and even LCD TVs are still the pillar of corporate revenue, and did not completely bet on OLED. On the one hand, reduce the risk of business operations brought about by the exploration of new technologies. On the other hand, diversified products and technology routes meet the diverse needs of users.

Furthermore, relying on the price advantage brought by the mature LCD TV industry chain can not be ignored. According to the test data of Zhong Yikang, the current price of 55-inch and 65-inch 4K OLEDs is 14,000 yuan and 24,000 yuan, which is more than double the price of 4840 yuan and 11094 yuan for the same-grade 4K LCD TV. In the case that the display effect cannot be clearly differentiated from the LCD TV, the OLED TV also needs to overcome the price barrier.

It can be seen that basing on the needs of existing users and exploring the future, it is not in conflict with the actual needs of users. In addition to a zealous advancement of OLED technology, technological innovation based on LCD TVs is also indispensable.

The OLED market is facing the ultimate test 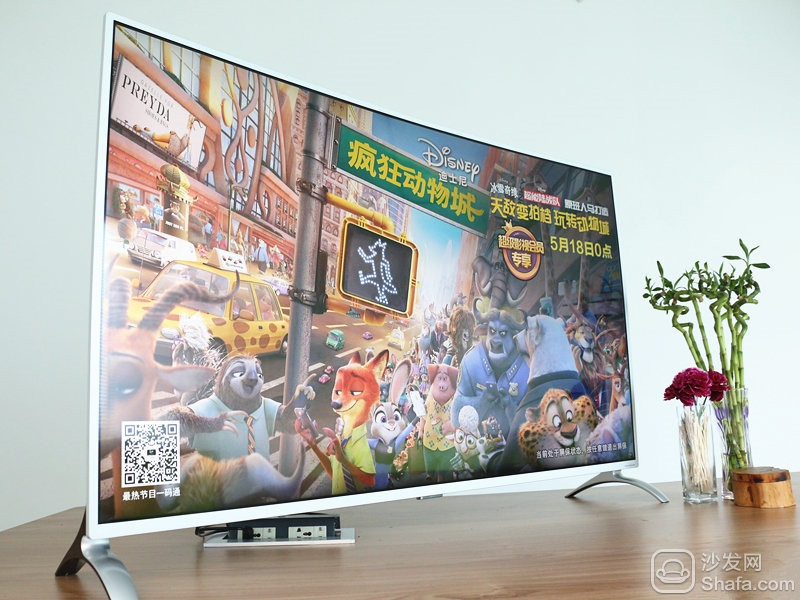 The bleak marketing of OLED arrays during the May 1 Golden Week was not accidental, reflecting many problems with OLED technology in terms of productization.

First of all, it did not obtain enough industrial chain support, especially the lack of large enterprise support. The only strong supporters of the OLED camp are LG, Skyworth and Konka. Samsung clearly stated that it has no plans to produce OLED TVs immediately, and it is difficult to further improve the technology. It is said that OLED TV has no future. Even companies such as Hisense, TCL, and Changhong did not explicitly reject OLED technology, but still made great strides in the area of â€‹â€‹LCD TVs. Including Internet TV, which is now booming, is also an important force in LCD TVs.

The large-scale application of new technologies takes time. Without strong support from the industry chain, an innovative ecological chain cannot be formed. Costs and risks of new technology innovation cannot be shared. As a result, products are not rich enough and prices are high, which makes it more difficult to marketize OLEDs. . Even when LCD TVs are sufficiently strong in display technology to support users' needs, it is hard to say whether OLEDs can continue to advance.

Second, consumers do not have a clear consumer psychological outlook for OLED TVs. In other words, current OLED TVs do not bring users intuitive innovation and absolute differences in display effect. Instead, they highlight high product prices and cannot form product consumption cognition.

Even though some users are applauding new OLED products, there is still a considerable distance to achieve consumer conversion. The dismal sales of 51 are examples. Just like the early days of the development of smart phones, manufacturers decided to overestimate the user's appetite when they decided on their productivity. Mass production was too large, causing a backlog of products.

Again, OLED itself is a technical bottleneck. LG is a flag-breaker for OLEDs, but technically, LG's solution is to use white light OLEDs as backlights, and then cover them with color filters to obtain RGB tri-colors. Although the cost is low, it cannot be compared with the real RGB OLED in color.

The future does not need to subvert, but the scene of contention 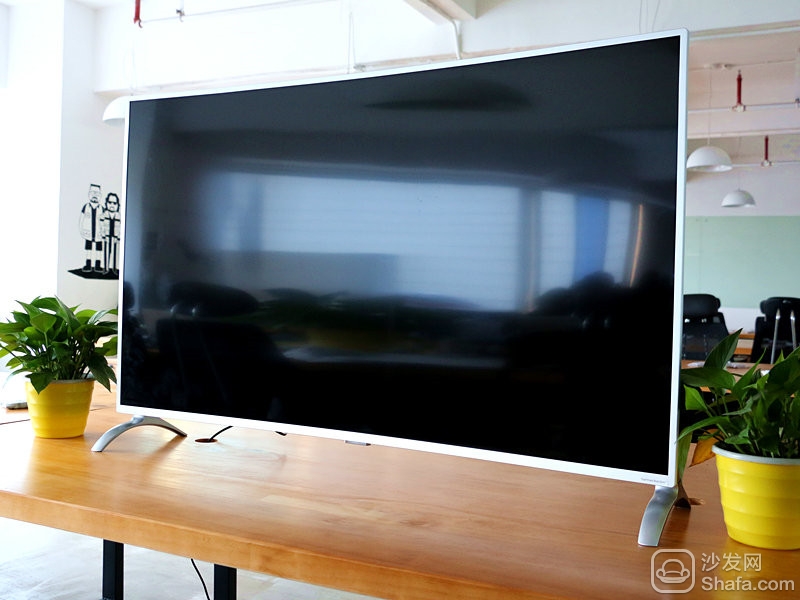 The fact that color TV companies live in the present does not mean that they are constrained by themselves. Starting from the needs of users, exploring the future of television is a sense of mission that every TV company should have.

In fact, the development of the color TV industry to the present stage, including LCD technology such as OLED and ULED, no one technology has a clear sense of generation and LED and LCD sense of generation. However, the scene will be divided into the TV market. Based on the user's demand for scenes, there is still a lot of room for innovation. For example, a home theater scene.

At present, products such as screenless TVs and laser televisions that are introduced on the market can meet the needs of users at large screens. Taking Hisense's laser television as an example, a 70-120-inch large screen can be achieved. more importantly,

Whether it is a non-screen TV or a laser TV, in addition to satisfying the effects of large-screen viewing, the price advantage is also unmatched by the current size of LCD TVs and OLED TVs. Moreover, OLED TVs are currently the largest of 65 inches.

It can be concluded that once the living room, hospital, classroom and other application scenarios are opened, the laser cinema TV will fully squeeze the LED and OLED market space in the next five years, becoming the mainstream product of large-screen TVs with a size of over 65 inches.

The new display technology needs continuous exploration and innovation, but in the business operation rules, it needs to rely on a mature and robust value chain. Current LCD TVs and laser televisions represented by ULED are still mainstream in terms of user demand, and have great room for innovation. Even without considering the factors of peer competition, the marketization of OLED still needs to pass the test of time.