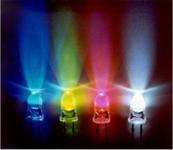 After a few years of arrogance, the domestic LED industry is experiencing a period of low sales beginning in the second half of last year. Recently, at the 111th Canton Fair, we learned that the year-to-date Chinese LED companies' orders from Europe and the United States have fallen by 30%.

On the other hand, although the growth rate of 11 companies in the annual reports of 13 companies listed from last year to the first quarter of this year has been seriously declining, in order to avoid being misappropriated by mergers and acquisitions, the IPO of domestic LED companies is still in full swing.

Data from the world's largest lighting show Guangzhou International Lighting Exhibition shows that the scale of the exhibition to be opened in early June will increase by 10%, while the number of exhibitors will decrease by 12%. Behind the buzz of capital LED, there is a flood of industry reshuffle.

Relevant statistics show that at present, 70% of LED companies in China are still export-oriented. Under the influence of the European economic crisis and the inability of the United States to recover economically, orders from companies have decreased since the second half of last year.

â€œThis year, the market situation in Europe and the United States is particularly severe, and orders have been reduced by 40%.â€ Cai Yahui, Chairman of Shenzhen Baochengxin Optoelectronics Technology Co., Ltd., who is an LED lamp, told reporters. Another Dongguan-based company also told reporters that orders from Europe have decreased by more than 50%. Reporter learned from a number of LED companies, Europe and the United States orders fell by 3 to 50% in the industry is quite common.

Reduced orders directly led to a decline in many businesses. According to the statistics of the Guangdong Guangya Lighting Research Institute, the 2011 annual results report released by 12 companies listed from last year to the first quarter of this year showed that only Slight Optoelectronics and Alliance Optoelectronics have maintained a slight increase in growth rate, and another 10 The growth rate of home companies has declined to varying degrees. Among them, long-term lighting with a growth rate of 234% in operating revenue in 2010 had a growth rate of only 57% in 2011. VanRun Technology's performance is even zero growth.

Analysts believe that due to the uncertain economic situation in Europe and the United States, the export situation of lighting companies will remain severe this year.

IPO boom is a shuffle prelude

In contrast to the industry downturn, the IPO enthusiasm of domestic LED companies is still rising this year.

According to statistics, only in the first quarter of this year, there are 8 LED companies that have already been listed and will be ready for launch, which is more than the total number of LED companies listed in the company last year; among them, there were 6 listed and passed conferences in March. At the end of last year, there were four led companies reporting the "grand" of the meeting. Industry insiders are generally expected that the tide of listing of LED companies will continue to be staged this year.

On the surface, the IPO boom seems to be contrary to the industry conditions, but the analysis of the Guangya Lighting Institute believes that the emergence of the listing boom is actually a preparation for the future; otherwise, it is very likely to be swallowed by potential mergers and acquisitions. The international LED giants such as Philips and Osram in the Chinese market, well-known domestic companies such as BOE and Tsinghua Tongfang who have crossed the border into the LED industry, as well as traditional lighting companies with well-established brands and channels, have become potential M&As for many LED small and micro enterprises.

The beginning of the tide of shuffling

It is estimated that there are currently about 8,000 LED companies in the country, which are in a state of â€œsmall and scatteredâ€. The industry's call for rectifying the industry's development order through shuffling has always been high. In fact, the undercurrent of shuffling is also surging in the industry. Since last year, there have been incidents of LED companies closing down.

As a barometer for the global lighting industry, Guangzhou International Lighting Exhibition also showed signs of industry reshuffling. According to Pan Wenbo, the 17th Guangzhou International Lighting Fair, which was held in June this year, has expanded its exhibition area by 10% from last year to reach 22%. The historical high of 10,000 square meters, but the number of companies decreased by 12% from last year, from 2900 to 2,600, showing that the degree of concentration of the company increased, the industry reshuffle is beginning.

The industry believes that for the Chinese market, in 2012 many small businesses in the LED industry will face tough competition and face reshuffle in the industry, but they must still face the future with caution. The industry's reshuffle is only stronger and has technical content. The manufacturers will have a better life.

Help you to boiled water in 5 minutes. 201stainless steel Electric Kettle which have passed food grand with a sleek and anti-Scald design and will compliment your kitchen counter-top to the fullest. It is equipped with a long handle that can be used by people of all hand sizes without straining your wrists anymore. Allow you to heat water faster than a microwave oven and surely safer than a stovetop kettle.

Â·     Anti-Scald Electric Kettle: Protect your hand for avoid the scald. When you touch the body, it will not hurt you. Fill it more from the max line. We got you covered for a great and fast Anti-Scald Electric Kettle in the market, Besides the great and nice design, this kettle is extremely durable and will provide you endless coffee moments with family and friends and for your morning.

Â·    Anti-Scald Handle For Easy Holding & Using: Upon designing this electric teapot, we tried to make it extremely easy and convenient to use. Place your hand around the handle when the water is ready, lift the cordless kettle and pour some hot water in your cup.

Â·    Fast Heating & Automatic Shut Off: Our Anti-Scald Electric Kettle kettle has an automatic shut off button, so as to keep you safe when the water is ready.

Â·    360 Degree Rotational body with separated base: A 360-degree swivel ensures that you can pick it up from any side. Just plug it in and place it on your kitchen counter so that everyone in your family can pour themselves a steaming cup or water for their tea or coffee.