ã€Introductionã€‘ Traditional TRIAC dimming technology irrespective of whether it adopts the working principle of front-phase or back-phase, it will inevitably bring dimming flicker, low power conversion efficiency, low PF and THD (total harmonic) Distortion) high inherent problems, but the newly developed Ledotron digital dimming technology in Europe not only completely solves these problems, but also supports smart dimming. In the general trend of energy saving and intelligence, Ledotron dimmers replace TRIAC dimmers only A matter of time, a new business opportunity is presented to the world again.

The TRIAC dimming technology of LED lamps has been criticized by the industry because of its low power conversion efficiency, low PF (power factor) and difficult to solve the inherent problems of dimming and flicker. However, since TRIAC dimmers have been widely used in European and American markets for decades, LED bulbs will enter this huge alternative market, and they certainly cannot bypass TRIAC dimmers, which is why major LED driver suppliers are providing LED lamps TRIAC The reason behind the dimming drive solution.

The Ledotron digital dimming protocol has been standardized in IEC62756, which is an open license free agreement, which makes it easy to be accepted by the market. Compared with traditional TRIAC dimming technology, Ledotron digital dimming technology is superior in compatibility and performance, mainly because it can be fully compatible with all EMI standards around the world, supporting color control, multi-channel addressable and brightness adjustment Plug-and-play replacement of traditional TRIAC dimmer, suitable for any place in the world. 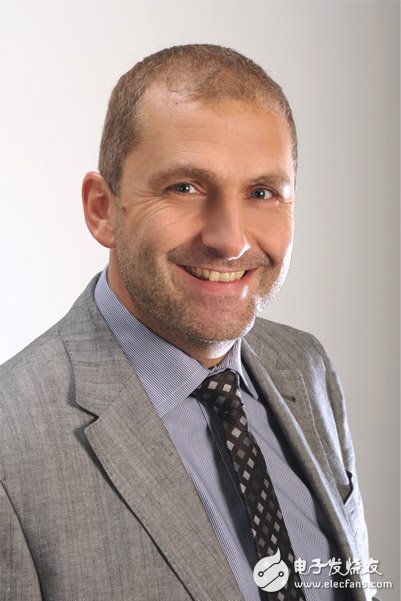 Stefan Zudrell-Koch, director of strategic marketing and business development for Dialog LED products, said: "Ledotron dimming technology solves all compatibility issues of phase-cut dimmers, no audio noise, no reliability problems, no dimming flicker problems, and it is applicable In the global market, it is undoubtedly the ideal last mile solution between home lighting automation systems and LED light sources. "

Compared with TRIAC analog dimming technology, Ledotron dimmers are very easy to install and control, and can greatly expand the brightness and color temperature control of LED replacement bulbs with the help of addressing, color control and adjustable white functions. Regardless of model and manufacturer, dimmers and bulbs with the Ledotron logo ensure interoperability.

In addition, Ledotron digital dimming has no flicker problem. It overcomes the traditional TRIAC and analog dimming methods caused by the change in the color temperature of the LED chip due to the change in the drive current, resulting in the problem of output light flicker.

The power conversion efficiency of LED drivers that support the Ledotron dimming standard is much higher than traditional TRIAC phase-cut and analog dimmers. TRIAC phase cut and analog dimming will cause the power conversion efficiency of the entire lamp to be low. When deep dimming, the efficiency is greatly reduced. Ledotron improves the limitations of traditional phase-cut dimmers and overcomes the disadvantages of reduced system performance.

In terms of intelligent dimming, the Ledotron dimmer can support up to 30 LED dimming bulbs, only limited by the output power of the Ledotron dimmer. The communication between the dimmer and the bulb passes through the AC mains voltage zero crossing around the surrounding Baseband data modulation is realized.

In addition, the cable between the Ledotron dimmer and the LED lamps can be up to 100 meters long. This distance is more than enough to control the LED lamps in all rooms of the 3-storey villa.

Recently, Dialog Semi took the lead in the industry to announce the development of iW6401, the first smarteXite platform product that supports the latest digital dimming standard Ledotron, and announced the establishment of a strategic partnership with China Shengdi Optoelectronics, which will become the commercialization of the Dialog smarteXite platform The first partner. The smarteXite platform is based on fully configurable logic and supports the latest digital dimming standard Ledotron, which can create a new generation of highly flexible and intelligent LED drivers for smart lighting applications.

Johnson Shen, founder and chairman of Shengdi, said: "Smart lighting is an important growth area in the LED lighting market, and digital dimming and wireless control technology are important elements for creating innovative products. With the help of Dialog â€™s smarteXite series With LED-driven products, we can accelerate the innovation cycle and provide customers with a new lighting experience. "

Mark Tyndall, vice president of corporate development and strategy and general manager of the power conversion business group of Dialog Semiconductor Co., Ltd., said: "We are always looking for an innovative technology partner with a fast-moving and global business. Through cooperation with Shengdi, we have obtained solid state The support of allies in the lighting field and cooperation in this market with a company that shares our vision and strength. The establishment of this partnership makes us very excited. Our goal is very clear, and that is to truly achieve intelligence illumination."

iW6401 will be the world's first LED driver that supports the latest Ledotron dimming standard. Ledotron improves the limitations of traditional phase-cut dimmers and overcomes the disadvantages of reduced system performance. Members of the "Ledotron Marketing Alliance" (Ledotron MarkeTIng Alliance) include manufacturers such as OSRAM and INSTA.

INSTA CEO Alexander Burgbacher said: "We used Ledotron to develop a digital dimmer for digital light sources, which solves all the existing compatibility and performance issues of traditional dimmers. In addition to being used for retrofitting, Ledotron can also make LED lighting has become more forward-looking and intelligent. Dialog â€™s first smarteXite product, iW6401, integrates the Ledotron standard into the light bulb. Therefore, the application of this standard in the field of LED lighting has become easier and the speed of promotion is also accelerating. "

Solutions that support the Ledotron standard provide manual dimming control and are easy to connect to the Internet of Things or any building and home automation system. In a typical Ledotron configuration, the maximum number of devices that can be connected to the dimmer is limited only by the peak power of the dimmer. The communication between the dimmer and the bulb is achieved by baseband data modulation around the zero crossing of the AC mains voltage.

Lighting solutions that support the Ledotron standard are very easy to install and use, and can greatly expand the control of LED retrofit bulbs with the help of addressing, color control, and adjustable white functions. iW6401 can simplify the design of Ledotron bulbs. Designers can configure and program the iW6401 through a multi-functional design software and generate an optimized bill of materials and component specifications. Regardless of the model and manufacturer, the dimmer and bulb with the Ledotron logo can ensure full performance.

OSRAM has introduced LED bulbs and compact fluorescent lamps that meet the Ledotron dimming standard to the market. The functions of these lamps are not only further optimized, but also multiple lamps can be independently implemented for flexible scene control and are very convenient to install.

For more information about the latest Ledotron drive solution iW6401, please pay attention to the follow-up reports on this site.

Plasma purification:one of the four technologies of environmental science in the 21st century.