With the commercialization of NB-IoT, in the global market, carrier-grade low-power wide-area networks may coexist in the medium- and long-term with multi-standard networks based on NB-IoT and unlicensed spectrum technologies.

In order to seize the opportunities of the Internet of Things, operators around the world have planned the deployment of low-power wide area networks (LPWAN). In the context of the commercial needs of NB-IoT, many operators choose unlicensed spectrum technologies such as LoRa, Sigfox and Ingenu to deploy low-power WANs at the city level or even across the country, in order to provide the first to provide IoT services. . The author explained in the article "The Logic of NB-IoT, LoRa, and SIGFOX Races" last week, which explains the deployment of unlicensed-band wide-area networks for the initial sticky user logic. However, with the commercialization of NB-IoT, in the global market, carrier-grade low-power wide-area networks may have coexistence of multi-standard networks based on NB-IoT and unlicensed spectrum technologies in the medium and long term.

Earlier, it was revealed that although European carrier giant Orange announced the deployment of LoRa network covering the whole country a year ago, its progress was not fast. Even Orange executives hinted that LoRa was an expedition before Orange appeared in the NB-IoT standard. In this case, the operator may be prepared for both hands. From this point of view, the enthusiasm of operators to deploy low-power wide-area networks is very high, this enthusiasm comes from the needs of operators and their strategic layout in the years of business operations. 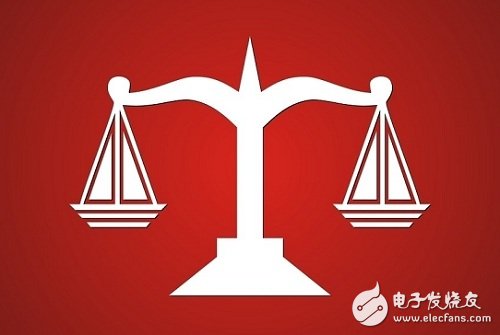 On the one hand, the number of mobile terminals communicating with people has seen the ceiling, and the communication between things and things has just begun. Telecom operators will find new growth points by providing connection services for things and things, which will be the strategic choice for network development. . On the other hand, as early as nearly 10 years ago, operators have provided machine-to-machine communication (M2M) services to their government and enterprise customers through GPRS/3G/4G networks, including machine management and remote data transmission. These services are obvious. The characteristics of the Internet of Things business.

In the past 10 years of practice, operators have inevitably encountered a large demand for user Internet of Things, which has a large demand for small data volume, low power consumption, and long-distance transmission, but previously lacked a low-power wide-area network. The program forms a short board. After the emergence of low-power wide-area network solutions such as LoRa, many operators have integrated these solutions into their government and enterprise products through system integration, which has solved the needs of users to some extent.

With the development strategy of the Internet of Things, and seeing the real needs, coupled with the failure of some operators in the 3G/4G business strategy, the traditional business dividend is lost, prompting operators to deploy a dedicated low-power WAN as soon as possible. Networking to capture the initial dividend of the Internet of Things, it is no wonder that some operators use relatively mature unlicensed spectrum technology to deploy the IoT private network.

In China, due to the regulatory system and industrial base of the communications industry, operators are not choosing non-licensed spectrum technologies to deploy low-power wide-area networks. However, in the overseas communications market, different market environments give unlicensed spectrum technologies the opportunity to enter carrier-grade network deployments. The author believes that in the future, carrier-grade low-power wide-area networks may have the following three market patterns:

At present, although some operators have deployed unlicensed spectrum networks such as LoRa and Sigfox, the Nb-IoT is more suitable for carrier deployment and integration with the original cellular network. With the mature commercial conditions of NB-IoT, it is also possible to deploy a network of NB-IoT by operators that have deployed LoRa and Sigfox. However, the premise is that the positioning of the two networks is different. The NB-IoT network is located in the public network, with standardized tariffs and a unified business model. The unlicensed spectrum network is located in the government and enterprise industry private network, and is provided in a customized and personalized mode. service.

Comparing the traditional cellular network with the low-power wide-area network base station construction method, the operator considers the former as the index, and usually chooses the population-intensive regional deployment; the latter (such as LoRa technology) will use the "application". The area is oriented, and it is limited to the cooperative manufacturer to communicate the application mode and scope, and then deploy the LoRa base station.

It can be seen that operators are more application-oriented when deploying LoRa-based wide-area networks. They are not oriented to wide coverage. In the early stage, more industrial applications were developed. This objectively makes LoRa networks have a government and enterprise industry. The characteristics of the network also make it possible to deploy two networks with different positioning.

(2) Operators who have deployed unlicensed spectrum technology networks insist on operating on the public network and form direct competition with NB-IoT.

The deployment and operation cost of a wide area network is relatively high. When operators use LoRa and Sigfox to build a wide area network, they are likely to insist on operating as a public network. In this case, other large mainstream operators deploy NB-IoT networks, and LoRa and Sigfox networks have formed direct competition with NB-IoT networks.

Under this market structure, as a public network, a wide range of terminal and application access is required. To extend the industrial ecology of LoRa and Sigfox to all industries, the operator needs to undertake the industrial ecological responsibility based on this technology, which is more difficult, especially into the consumer field. When NB-IoT has a large number of mainstream operators, terminals and application vendors can form more supporters for the global market, while other technologies have limited industrial ecological space. Just like the CDMA and TD-SCDMA industry ecosystems in the communications market that year, the limitations of the market space made the types of terminals based on their standards very small.

From a global perspective, in the 4G network commercial process, the hybrid networking mode is relatively common, that is, the LTE FDD and TD-LTE networks are unified platforms to realize simultaneous management of the two networks, thereby enabling seamless switching between the two services and improving Network utilization, signal coverage, and performance. There is a view that NB-IoT may be combined with unlicensed spectrum technology to build a more efficient low-power wide-area network.

Wide-area coverage with NB-IoT, hotspot coverage with LoRa, etc., forms a hybrid network. Although from the perspective of the core network and management platform, the simultaneous management of two different networks is not a problem, but based on cellular technology. Whether NB-IoT and LoRa and Sigfox based on IT technology can be seamlessly integrated and switched is still uncertain, and multi-mode terminals integrating NB-IoT and unlicensed spectrum technology are needed. What is the cost-benefit problem for the industry chain? Whether the application scenario is rich or not is uncertain. In my opinion, whether it is NB-IoT, LoRa, Sigfox, it is necessary to consider and demonstrate the feasibility of hybrid networking in the next technological evolution.

As the operator of low-power wide-area network, the initial choice of operators has a great impact on the future market structure in this field. However, no matter what kind of technology deployment is selected in the initial stage, it is expected that various operators will form different standards through market-oriented means in the future. The full application of the network, the connector of the Internet of Things era.

Recommended reading: What kind of ghost is Huawei's NB-IoT?