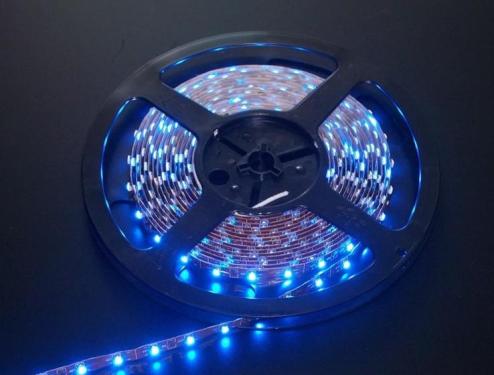 In the 2013 China Lighting LED Industry Development Seminar, Guangdong Lighting Association President Quan Jian told the media that â€œthis year's international environment has improved and domestic policies support, LED industry has picked up momentum, and relevant experts in the industry even predict that this August will be big. Outbreak period."

Quan Jian told reporters at the same time, compared with last year during the Singles Day LED online sales compared to the beginning of January this year, online sales are 18 times the sales of the Singles Festival. At the same time, a person in charge of a midstream company stated that 2013 is a very important year. Even the share of Philips' lighting equipment in its group business will increase from about 10% last year to about 70%. Therefore, All LED manufacturers are opportunities.

Compared with the entire LED market, LED outdoor lighting is one body position.

In May last year, the Guangdong Provincial Government formally issued the "Guangdong Province's Implementation Plan for the Promotion of the Use of LED Lighting Products." It requires that all new construction projects in the public lighting area of â€‹â€‹the province use LED lights from the date of implementation of the plan. LED lighting products will be completed in batches before the end of 2013. After nearly a year of brewing, the plan has entered an accelerated implementation period.

"The current number of tenders is only a small part of the popularization policy. With the further implementation of the popularization policy, the amount of follow-up bidding will be even greater." Quanjian said that not only Guangdong is vigorously promoting LED lighting, but also under the banner of energy-saving emission reduction. All local governments have promoted LED lighting as an important policy.

Based on this, Li Xuliang, Chairman of Qinshang Optoelectronics, stated: â€œLast year, the number of tenders for LED street lamps and tunnel lights by local governments was limited. In 2013, the market will enter a concentrated outbreak period.â€

Pan Wenbo, the founder of Guangzhou International Lighting Exhibition, the largest lighting exhibition in the world, predicts that LED outdoor lighting will become the fastest growing segment of LED lighting in the next three years. In 2015, outdoor LED lighting market in China will be close to 15 billion yuan.

It is worth noting that not every LED lighting company can benefit from this wave of LED outdoor lighting. The results of the tender announced by the Science and Technology Department of Guangdong Province showed that most of the companies that bid for the bidding project for the government street lamps are listed companies. If Qinshang Optoelectronics successfully won the bidding for a number of street lamp renovation projects in Guangzhou and Qingyuan in the first quarter, Hongli Optoelectronics also won the bid for Zhuhai and other street lamp renovation projects.

In this regard, Pan Wenbo analysis said that in addition to the high performance requirements of lamps and lanterns, the majority of street lighting promotion using EMC (contract energy management) model requires companies to advance funds, so listed companies benefit more.

MicroMod Automation acquired the Fischer & Porter Micro-DCI family in early 2004. The Fischer & Porter Company, founded in 1937, had long been a leader in the design of process instrumentation; their brand grew to encompass a diverse range of leading flow-measurement and control products.

In the early 1980`s, Fischer & Porter introduced their Chameleon line of digital controllers, which grew into the Micro-DCI family-the most specified controllers for water and wastewater treatment. In 1989, F&P introduced the 53MC5000 Process Control Station. This was also acquired and brought up to current state-of-the-art technology by MicroMod, and now serves as the design foundation for our WaterPAK series of pre-engineered packages for water, wastewater and sewage treatment.