For different digital audio subsystems, several micro-processors or DSPs (digital signal processors) and audio devices are used for digital conversion interfaces. Limited by the actual performance of the system, the choice of interface usually depends on parameters such as the number of audio channels, data processing, and sampling rate. For portable systems, power dissipation and physical device size are usually equally important. This article will introduce several audio interface specifications currently in the market.

One of the simplest audio interfaces is the so-called PCM (Pulse Code Modulation) interface. Strictly speaking, all digital signals are transmitted through PCM, and it is necessary to carefully refer to the monophonic mechanism used for digital phones. The PCM interface is composed of a clock pulse (BCLK), a frame synchronization signal (FS), and a data queue. Each PCM corresponds to a piece of data to be received or sent.

On the rising edge of the FS signal, data transmission starts from the MSB (Most Significant Bit) word, and the FS frequency is equal to the sampling rate. After the FS signal, the transmission of the data word starts, the single data bits are transmitted in sequence, and one data word is transmitted in one clock cycle. When sending the MSB, the signal level is first reduced to the lowest to avoid the loss of the MSB when using different data schemes on the interfaces of different terminals. In addition to the RJ (Right-JusTIfied) format that is fading in applications, this method has been used in most audio interfaces.

The PCM interface is easy to implement. In principle, it can support any data scheme and any sampling rate, but each audio channel needs to obtain an independent data queue. This attribute will make PCM very popular in primary target application systems such as digital phones. s Choice.

The I2S interface (Inter-IC Sound) was first used by Philips to consume audio in the 1980s and undergoes multiple conversion in a signal mechanism called LRCLK (Left / RightCLOCK) to convert two audio signals into a single data queue. When LRCLK is high, the left channel data is transmitted; when LRCLK is low, the right channel data is transmitted. Compared with PCM, I2S is more suitable for stereo systems. For multi-channel systems, it is also possible to execute several data queues in parallel under the same BCLK and LRCLK conditions.

However, Hi-Fi audio requirements in portable systems are higher than stereo. First, more complex audio ICs are usually controlled by writing to internal registers. Since I2S, PCM and similar audio interfaces cannot provide register entries, an independent control interface is required, such as increasing the number of audio IC pins on the controller. Second, the ability to execute audio at different sampling rates is critical. Both 44.1kHz (the standard frequency of audio CDs) and 48kHz (the standard frequency of computer audio) are very widely used frequencies.

For I2S and its derivative series, the system either generates Low-jitterBCLK and LRCLK at different frequencies (or FS in the case of PCM), or converts all audio streams to a single sampling rate in the software environment . The first case requires at least one analog phase-locked loop (PLL) and two simultaneous feedbacks, and recording on different frequencies. And when evaluating the efficiency of the interface, the increased power consumption must be taken into account. Although the second case enhances the computing power, it also significantly increases the power consumption of the processor. And when this processor executes user applications at the same time, the entire system will run slower, and even stop running when the audio is turned on.

Now more and more consumers want to get better hearing effects and more functions from digital cameras, digital video cameras, MP3 players, portable DVD players, portable multimedia players and multimedia processors. Wolfson has expanded the scope of the decoder for this purpose. The recently launched WM897x system I2S audio protocol not only improves the integration of the system, but also improves the audio quality of the system.

Taking stereo WM8980 and mono WM8982 as examples, it can be directly connected to the TV through the screen display. In a portable system, the same video function as the high-quality audio function requires an additional video amplifier to realize it. The WM8978 system is an upgrade to the full stereo function of the WM8974 system launched in October 2004.

The three products use the DSP microprocessor as the core, which can filter wind sounds to improve the recording function of the audio system, especially in the visualization system. In addition, the new product also uses the equalization of the 5 band and 3D audio system to improve the audio output and the programmable resistance filter to eliminate noise. These systems usually also support microphones with clock frequencies between 12MHz and 19MHz, as well as driver parts for mobile phone speakers, which can further reduce the number of components in the product. In order to meet the power consumption of high-quality audio speakers and piezoelectric speakers can reach 900mW, the digital recording playback limiter prevents excessive output of the speakers, the analog part of the three decoder products requires a power supply voltage as low as 2.5V, and the digital part The supply voltage is as low as 1.6V.

With the rapid increase in demand for mobile products, by using two interface technologies in one, it is possible to integrate a simple form of mono audio transmission with an expandable standard such as Hi-Fi function. This combination greatly improves The service life of the battery, and can integrate resources, such as handling incoming calls easily during MP3 playback.

The MAX8753L is one of the few decoders that incorporates the PCM / Hi-Fi function in the analog part with a working voltage of less than 1.8V and the digital part with a working voltage of less than 1.42V. Under the working voltage of 1.8V, the minimum power consumption of the decoder in stereo playback is 7mW, and the minimum power consumption in the PCM working state is less than 6mW. The system integrates dual interface technology for connecting different amplifiers, including the driving part of speakers, headphones and earpieces. External devices no longer need separate headphone or headphone amplifier parts. Cap-less interface can connect all loads. The embedded digital signal processing system can control the tone, bass enhancement, automatic adjustment of the headphone volume or analog-to-digital converter. These two analog-to-digital conversion methods can perform noise cancellation or stereo storage for dual DSP systems.

The WM8753LHi-Fi analog-to-digital converter can be used either as a control part or as a system with a USB interface in a main clock frequency of 12MHz to 24MHz, a 19.2MHz mobile system, and a standard 256fs ratio of 12.288MHz and 24.576MHz. The charged part. The internal phase-condensation loop system can generate the clock frequency required for PCM and Hi-Fi conversion. If the required clock frequency in the audio system already exists, the PLL can be used for other purposes.

The AC'97 (Audio Encoding 1997) standard is specified by Intel Corporation for computer audio. Unlike PCM and I2S, AC'97 is not just a data format, it is an internal architecture specification for audio encoding, it also has control functions. The well-known AC-Link interface includes bit clock (BITCLK), synchronization signal correction (SYNC), and data queues from encoding to processor and decoding from the processor (SDATDIN and SDATAOUT). The AC'97 data frame starts with a SYNC pulse and includes 12 20-bit time periods (time periods are for different purpose services defined in the standard) and 16-bit "tag" periods, for a total of 256 data sequences. For example, the time periods "1" and "2" are used to access the encoded control registers, while the time periods "3" and "4" load the left and right audio channels respectively. The "tag" segment indicates which of the other segments contains valid data. Dividing the frame into time periods makes it possible to transmit control signals and reach 9 audio channels through only 4 wires or convert to other data streams. Compared with the I2S solution with a separate control interface, AC'97 significantly reduces the overall number of pins.

For example, when playing audio on the 44.1kHz frequency band, each time period is marked as invalid at a frame exceeding 12 frames, and the effective data points are evenly distributed to each time period through the D / A converter in the encoder to form low distortion Analog signals, this method has considerably less power consumption than PLL or sample rate conversion.

The complexity of AC'97 lies in the higher gate count and the power consumption of the interface itself. Through system-level measures, such as the built-in multi-rate power supply, the power consumption of AC'97 is still relatively large, so AC'97 is suitable for using more than one sample Rate of complex systems, such as telephones and multimedia PDAs. Its inherent 20-bit data solution and sampling rate of up to 48kHz are very rare in portable applications, where battery life and small size are just as important as audio quality.

Unlike I2S, AC'97 has a unique bandwidth and transmission protocol when transmitting no additional audio code. Therefore, when the AC'97 system is used, there is no need to add an additional digital touch screen. Wolfson has used this feature to provide integrated touch screen interface technology, on-chip display drive technology, high-fidelity stereo technology, sound and ringtone management technology for systems such as WM9712. Pen writing detection and pressure detection capabilities can use a 4-pin AC-link bus and data interface to achieve data transmission between the audio system and the PDA portable system.

From the perspective of increasing the battery life as much as possible, this situation of integrating AC'97 and PCM systems in micro PCs, PDAs, and smartphones is similar to I2S / PCS systems. Wolfson â€™s WM9713 product adds an audio decoder to the WM9712 based on mobile phone conversation management, in order to maximize the battery life.

In computers and consumer audio, the AC'97 specification is being replaced by the Azalia specification recently developed by Intel. This new standard is an enhancement to the AC'97 specification, which includes a 32-bit solution, a sampling rate of up to 192kHz, the flexibility to configure input / output pins and headphones connected to the socket sensor, and activation into a single socket Speakers. In addition, the extra power consumption caused by the use of a 27.576kHz (twice AC'97) bit clock is a major obstacle to extending battery life. Therefore, if you do not consider development in other markets, Azalia has little chance of becoming mainstream in portable applications.

MIPI is promoting the development of audio interface specifications

The Mobile Industry Alliance (MIPI) is promoting the development of the first audio interface specification for LML (Low-Speed, MulTI-dropLink) next-generation mobile phones. Although this open specification is still in its infancy, it is very possible to integrate the audio interface and control interface with a smaller number of pins. This is different from any of the specifications currently available and is gradually being recognized and adopted by IC owners. 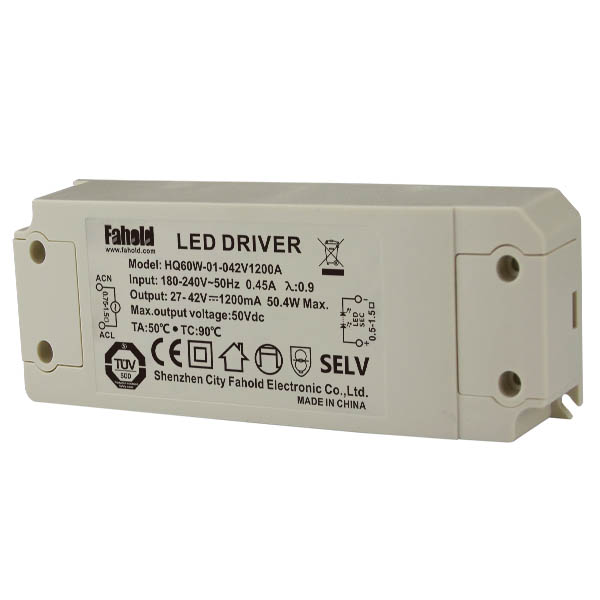 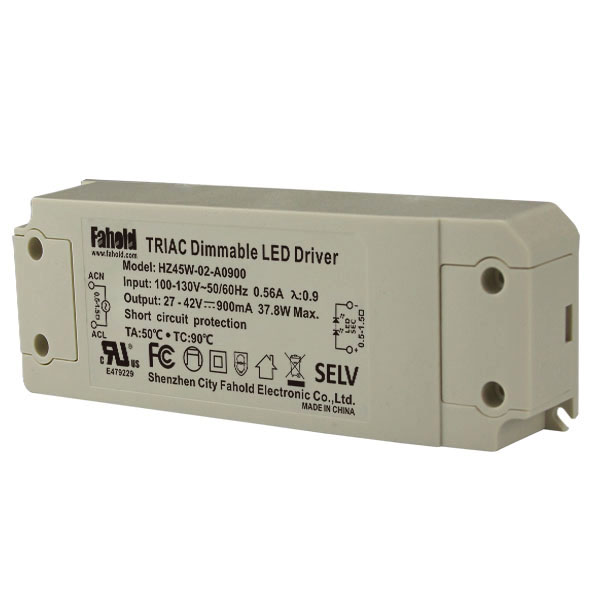 What's the benefits of Fahold Driver?

FAQ:
Question 1:Are you a factory or a trading company?
Answer: We are a factory.
Question 2: Payment term?
Answer: 30% TT deposit + 70% TT before shipment,50% TT deposit + 50% LC balance, Flexible payment
can be negotiated.
Question 3:  What's the main business of Fahold?
Answer: Fahold focused on LED controllers and dimmers from 2010. We have 28 engineers who dedicated  themselves to researching and developing LED controlling and dimming system.
Question 4: What Fahold will do if we have problems after receiving your products?
Answer: Our products have been strictly inspected before shipping. Once you receive the products you are not satisfied, please feel free to contact us in time, we  will do our best to solve any of your problems with our  good after-sale service.