Recently, Sony Corporation of Japan has once again fallen into the storm of selling assets. It is understood that Sony announced that Sony Electronics South China Co., Ltd. (hereinafter referred to as "SHE"), a camera module factory located in Guangzhou, sold it to Shenzhen Oufeiguang Technology Co., Ltd. (002456.SZ, hereinafter referred to as "Oufeiguang") for a price of 9.9 billion yen. This action caused strong dissatisfaction from the factory workers and launched a two-week large-scale strike. Right now, Sony believes that each employee's plan to pay up to 1,000 yuan in compensation will quell the strike. 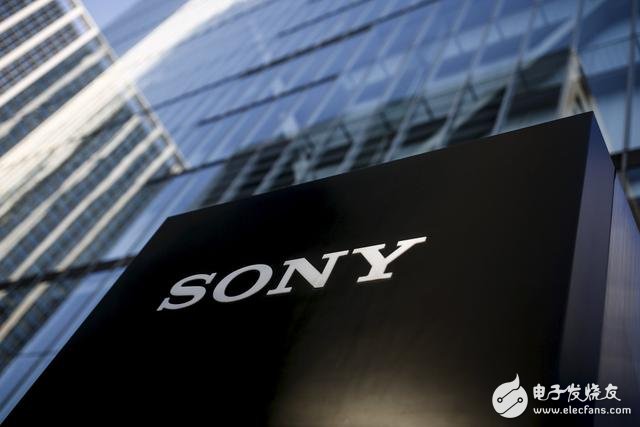 The sale of the factory is also a helpless move by Sony under pressure from the market. According to public data from the Sony market, sales of Sony's camera ICs have fallen for two quarters this year. In this regard, the head of the relevant department of Sony confirmed to the "China Business News" reporter that Sony has re-evaluated and optimized the scale of its camera module business, and transferred the SHE property rights to Ou Feiguang, which is part of the measures to optimize the scale of the business.

In fact, selling the factory is not new to Sony. Prior to this, Sony has experienced several incidents of selling assets, and this is not unrelated to Sony's own focus on the profitable industry and the pursuit of transformation. Industry analysts say that even if Sony sells its camera factory in China, the Chinese market is still a key link in its transformation.

According to the materials presented to the reporter by the relevant department heads of Sony, as of the morning of November 25, more than 90% of the employees signed the resumption of work agreement, and the production of the factory is gradually recovering.

The reason is that Sony sold its camera factory in China. In early November, Sony announced that it has signed a binding final agreement with Ou Feiguang to transfer its wholly-owned subsidiary, the entire shareholding of SHE, which manufactures camera modules. At the same time, the original staff of SHE will also be transferred to Ou Feiguang.

Oufeiguang is a domestic manufacturer of precision optoelectronic thin film components and one of the leading camera module manufacturers. Currently, the company is expanding its camera module business as a pillar of business growth.

However, the original SHE employees who were worried about the treatment issue objected to this and protested by means of strikes. Blocking the factory entrance and exit, delaying product shipment time, the original SHE staff's excessive reaction method forced Sony to quickly give a adjustment plan, and promised to pay up to 1,000 yuan per employee for compensation. It is reported that SHE has 4,000 employees, and this compensation method may cause Sony to bear an additional loss of 4 million yuan.

In this regard, Sun Yanxi, the president of the First Mobile Phone Research Institute, pointed out to this reporter that the sale of the factory was related to the difficult and fierce market competition environment of its own operation.

In recent years, with the popularity of dual-camera mobile phones, the camera module industry has also expanded rapidly. There are more than 400 manufacturers in the field of module technology, and the camera module technology of Chinese manufacturers such as Sunny and Ou Feiguang and Xinli Optoelectronics has quickly approached. International level. According to the latest report released by the market research organization TSR, among the top five global modules, Chinese manufacturers have already occupied the top three. "For Sony, the market share of module orders has been eroded by domestic manufacturers."

It is worth noting that this is not the first time Sony has sold its assets. In the past three years, Sony has relied on the sale of corporate buildings, PCs, lithium batteries and other businesses to ease the dilemma of losses. In the second quarter of FY2016, Sony's sales revenue decreased by 10.8% year-on-year to 1,688.9 billion yen; operating profit for the quarter fell 48% to 45.7 billion yen compared with 88 billion yen in the same period last year. In the first quarter of this fiscal year, Sonyâ€™s operating net profit fell by 74.3% year-on-year to 21.2 billion yen.

Industry analyst Liang Zhenpeng pointed out that cutting off the weak profit business to stop loss is a common way for Sony to open source and reduce revenue.

China is still the key to transformation

Transformation is the best and most time-consuming way for Sony in a loss. Although Sony was forced to sell the entire shareholding of SHE in the market, China is a key part of Sony's transformation process.

The head of the relevant department of Sony told this reporter that Sony currently has seven factories in China. China is always a crucial strategic market for Sony Group. Sony will further strengthen its design and development, production and operation, marketing and after-sales in China. Operational activities such as services.

At present, the Sony industry chain covers many fields such as semiconductors, mobile communications, home appliances, entertainment, and finance. With the sluggish business of camera modules, mobile communications, and television, Sony has turned more attention to entertainment hardware such as VR, and hopes to grow into a shareholder that contributes to the Sony Group.

Data research company SuperDataResearch also announced the sales forecast of Sony PS VR recently. Its final sales figure will reach 2,602,307 at the end of this year, more than 3,550,88 copies of Oculus Rift and 420,108 copies of HTC Vive.

Although the technology of VR is still not mature enough, the market prospects are very attractive. Goldman Sachs pointed out in the report that the market size of VR in the future will reach 80 billion US dollars (about 550.6 billion yuan) in 2020. Subsequently, Citi analysts expressed more optimism that the market size of VR may exceed $1 trillion in the next 20 years. Citi also expects hardware, especially headsets, to be a major growth source for the VR/AR industry, with a market size of $692 billion by 2025.

The potential of VR from the Chinese market cannot be underestimated. However, a number of interviewees told reporters that the VR business is still in the early stages of development, and it remains to be seen whether it will help Sony get rid of the loss.

Sunket is professional on supplying all these solar products