According to Taiwan's "China Broadcasting News" report, the police in Hsinchu City, Taiwan arrested two car thieves early this morning. What is surprising is that the gangsters used high-tech technology to commit crimes by copying the chip lock password than in previous cases. It is more difficult to prevent. The perpetrator using imported chip writer can quickly change the writing method of the car's anti-theft chip lock, so that the original electronic key of the owner is like waste. As the GPS transmitter is blocked by the signal interrupter at the same time, the owner cannot locate the car from the satellite. 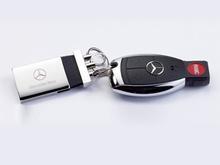 The Hsinchu Police pointed out that this burglary duo specializes in stealing private cars such as Mazda, Ford and Subaru. Even if the anti-theft function is complete, it takes less than 5 minutes to steal a car on average.