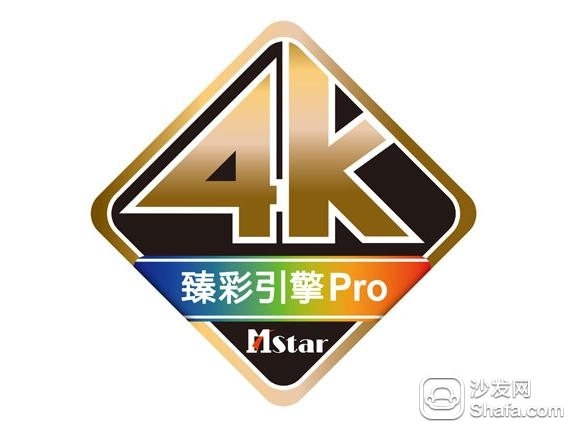 Speaking of the image engine, I believe many of my friends will first think of Sony. Sony is an earlier company that has packaged the "image engine" as a "brand" in the core value of a product with outstanding image quality. The early GSE engine, BE, BE2, BE3 after the LCD TV era, and later the 4K sharp image processing engine PRO... 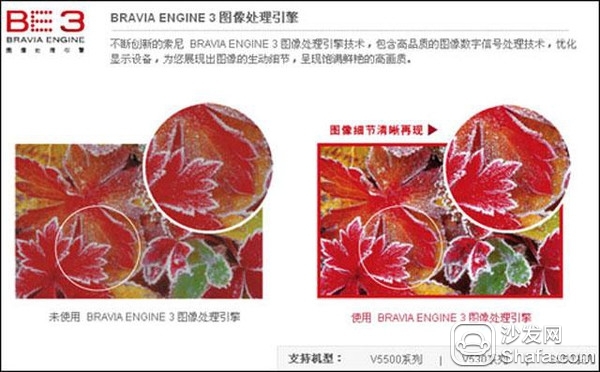 In fact, the body of each LCD TV also has one or more chips similar to computer graphics cards. It is an image processing engine chip. In addition to the LCD panel, the quality of LCD TVs will depend entirely on the capabilities and capabilities of the graphics engine. In today's more popular LCD TVs, image processing engines are even more important. In addition to the pure digital channel HDMI interface, the video signals coming from the color difference components, AV, S-Video, TV, and VGA interfaces are processed by the image engine and converted into signals suitable for their own TV broadcasting so as to be displayed to everyone.

Compared with the LCD panels that people can see, the image engine seems to be relatively obscure. Few vendors will focus on promoting their own accumulation of image engine technology. However, in fact, the image engine's impact on image quality is no less than the panel. Since the image signal must generate noise or distortion in the transmission process, it needs to be repaired by technical means and enhance the picture performance. The image engine plays a crucial role in this process. 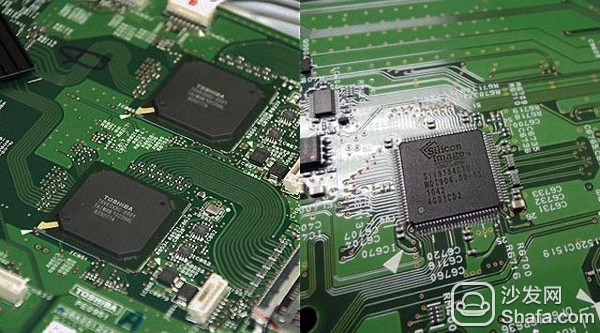 However, after all, not every downstream machine company has the corresponding chip technology to independently develop an image engine. In order to control the cost of research and development, most companies adopt solutions for purchasing professional chip suppliers. Especially with the rise of Internet smart TVs, the competition between traditional machine companies and emerging Internet TV companies has become increasingly intense. Internet companies rely on new marketing models, integrate resources to subsidize hardware prices, and pay for prices frequently. It also makes the entire enterprise urgently need integrated TV chip integration program, namely CPU + graphics engine (GPU). Although the GPU has long existed, but many manufacturers vaguely touted, in the ad hype, the actual effect is quite satisfactory, and even some special features in the case of opening and closing, actually there is no effect but do not.

Taking the current mainstream Internet smart TV as an example, the Internet content and the traditional digital TV methods have great differences in playback experience and picture quality, especially on large screens. The following are the four signals specific to digital TVs: problem

Pain point 1: China's broadband speed as a whole is low, online video is easy to get stuck, users are forced to reduce video quality;

Solution: Fortunately, our government has already begun to address this pain point. The Ministry of Industry and Information Technology has taken the lead. The personal broadband supervised by Premier Li Keqiang has been fully implemented in China, and the average fixed broadband access rate has reached 19.4 Mbps. The average access rate of fixed broadband in major cities such as the provincial capital cities is 22Mbps! This problem is expected to be resolved in the next few years.

Pain point 2: Internet video has a low frame rate (below 30FPS). Watching on a large-size TV with a refresh rate of 60Hz, the motion picture will have very noticeable jitter, blur, and ghosting. We call this phenomenon Judder; The greater the proportion of screens, the more obvious this issue has become, and this problem has been increasingly valued by users.

Pain point 4: Internet video encoding basically uses the YUV420 format. The color is subdued, and the color edge is prone to bleeding, affecting the picture quality; the color performance is not good;

The above four pain points, do not know if you have the same feeling!

The problem has been thrown out. How to solve it? Network video has its own special features, such as low frame rate, large noise, and poor color, requiring a dedicated image processing engine to handle it. According to the first-hand information of the home appliance puzzle, MStar Morning Star began integrating an engine for processing Internet video images into the SOC of the MStar chip last year as the wafer process was improved, the cooling system was improved, and the computing power was improved. Call 4K enamel engine. In the future launch of high-end TV chips, will be built-in its new image processing engine - è‡» color engine. 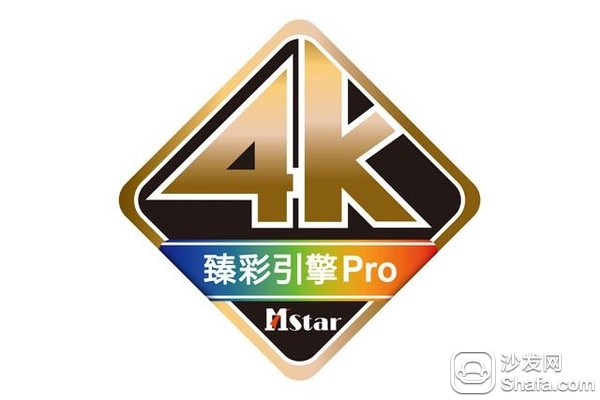 What powerful features does the 4K enamel engine have?

The second is to eliminate noise, eliminate the digital noise generated by encoding compression, and make the picture clean and natural;

The third is color restoration, which makes the image restore the natural and beautiful colors.

The following are the specific implementation methods and effects:

Specific technical descriptions can be analyzed using the common two modes. The first picture is for the original video of 24 frames. MStar is switched to 60 Hz in this mode of 24 frames. The traditional practice is to repeat 3 frames of A frames and B frames. Repeat two, so as to form a 60-frame video stream; and using de-judder technology is to calculate the object's motion trajectory through AB frame, and then insert another 3 pictures, so that the object movement to restore the original track, so that the user sees The picture is smooth. 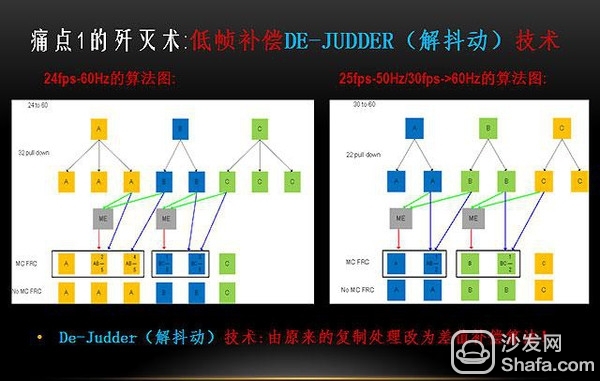 For the 25 and 30 video morning stars will be converted to 50 and 60, the specific approach is the same as the above description, are to use algorithms to interpolate the frame to be inserted.

In simple terms, the traditional method is to insert frames repeatedly, which will cause the screen to jitter. The de-judder method is to compensate the interpolation frames using the arithmetic difference to make the picture smooth and clear. MStar's method is not only applicable to conventional low-frame video such as 24, 25, 30, etc. In the face of complex interconnected content, it often has irregular frame rates such as 20, 16, and 15, and MStar can handle it. MStar calls it N2M. De-judder. At the same time, MStar's de-judder function can handle the resolution from the lowest 240 to the current maximum 4K.

Let's look at the comparison of the real shot effect of a de-judder and no de-judder function. 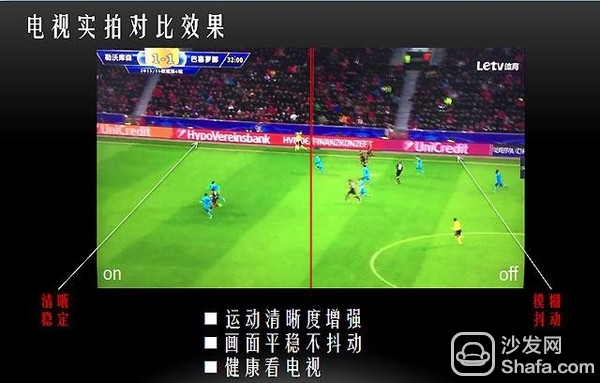 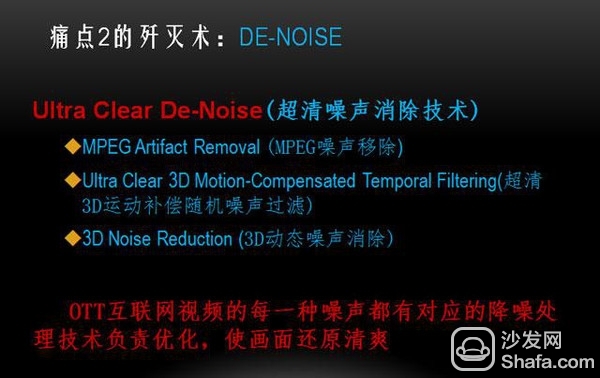 The network content also has a very big problem is the digital noise caused by high compression rate, here mainly includes MPEG noise, random noise, and background noise. These noises are eliminated by MStar's enamel engine, and MStar is retaining the details of the image. The situation goes down; see the figure below 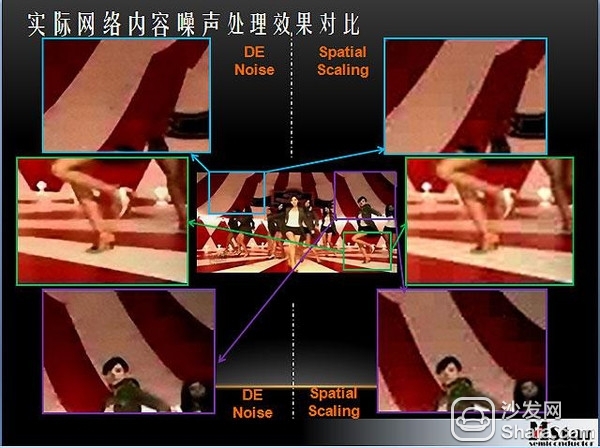 From the figure we can see that the digital noise is very obvious, there is a square shape, is MPEG noise, a star shape is mosqito noise, there is a large area of â€‹â€‹background noise, after the morning star de-noise processing can restore a refreshing natural Screen.

The third problem is that Internet content in order to save bandwidth, video color space encoding format used YUV420 format encoding, and the use of low bit rate compression, this directly leads to image color bleeding, color, color cast or Pale and other issues. To solve these problems, MStar adopts advance color technology to eliminate. Advance specifically includes color blemishes removal technology that can effectively solve the stain problem. 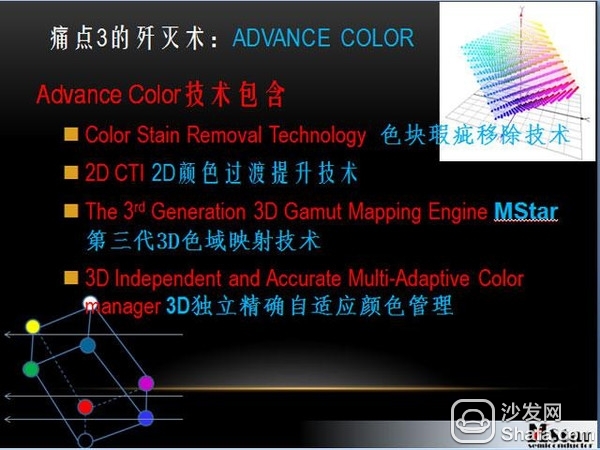 2D CTI effectively solves the problem of bleeding. Previously, CTI was only processed in the horizontal direction. The latest technology can now be used to do both horizontal and vertical CTIs to make the bleeding process more complete and perfect. 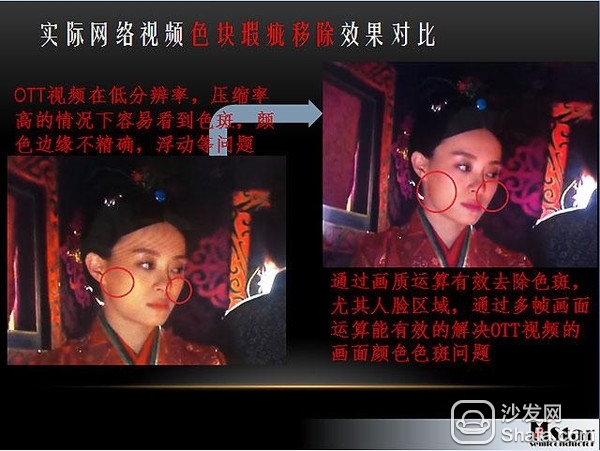 The first one is bleeding stain treatment 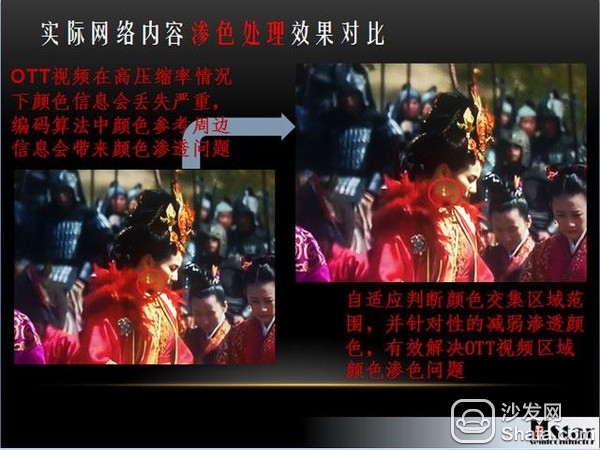 The second issue is bleeding 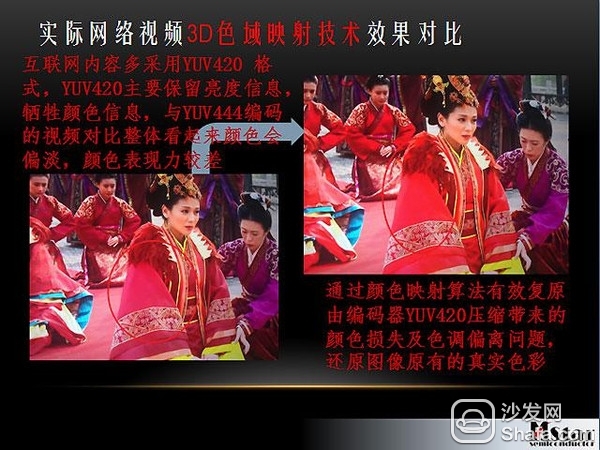 The third one is correcting the color shift and the lack of bright colors. After the advance color adjustment, the overall color is pure and beautiful.

The above is the 4K e-color engine specially developed by MStar for internet ott video, which includes De-Judder, De-Niose, Advance color technology. 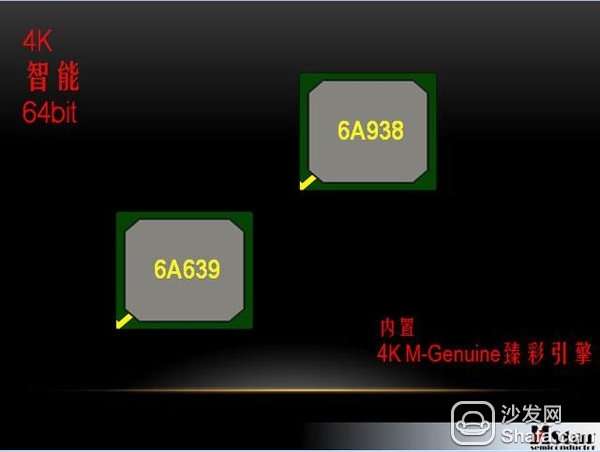 In the era of LCD TVs, everyone is most concerned about the panel, but the panel is not the quality of LCD TVs. The panel is just an image output medium. The accuracy of the image signal and other driving technologies also affect the picture performance. It is believed that with the launch of MStar Morningstar 4K enamel engine, it is bound to enrich the procurement options of the entire company. As a result, the picture quality of smart TV terminals has been fundamentally improved.


This Pwm Decoder is able to accept 12-24VDC. 2811 Dmx Decoder is able to accept DC5V or DC6-24V. Led light test mode available with our decoder . The DMX to SPI converter is designed with advanced microchip technology to convert the universal standard DMX512/1990 signal into standard SPI(TTL) signal to control LED lights based on WS2801, LP6803, or similar chips. Each decoder can decode 512 channels. This compact decoder connects to DMX Devices like Luna, ISEELED DMX controller or any DMX light controller allowing its user to create endless possibilities and light shows. 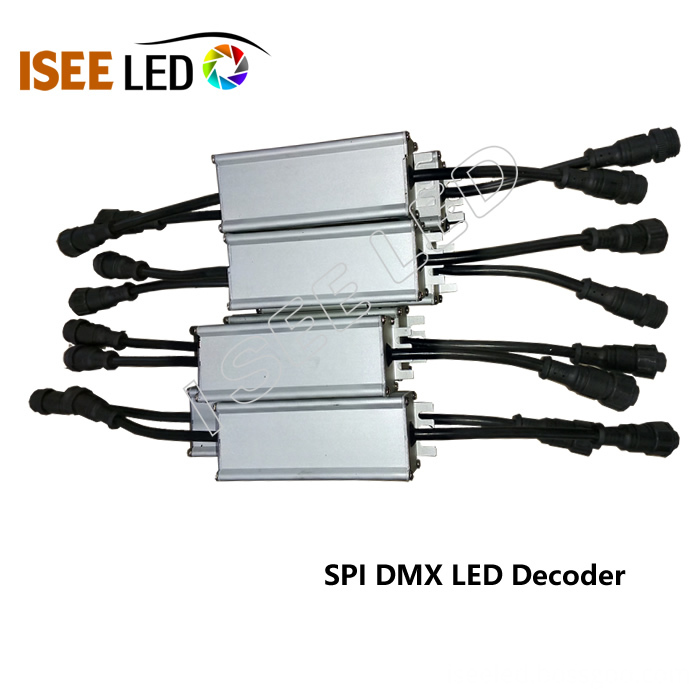